If Courser resigns, filling open seat would be up to the governor (From the 8-9 County Press)

If Courser resigns, filling open seat would be up to the governor

controversy surrounding the confederate flag: by Will

There has been a lot of recent controversy surrounding the confederate flag. We are in the process of removing it from all public display, use, sale, and possession.

I must point out that this fervent activity is about much more than removing this one symbol from public life. This is merely the opening pretext that will be used by radical historical revisionists for removing other symbols of our American history and culture.

There are now calls for the cleansing…

With the school year winding down to just a few days, we want to salute the more than 500 graduating seniors of the “new” Lapeer High School. Congratulations grads on completing your high school career, and for your successful part in Lapeer’s return to a single high school for the first time in 37 years.

We also want to salute Lapeer’s school board,…

Parade, ceremonies to honor those who gave all

LAPEER COUNTY — For many people Memorial Day marks the beginning of summer. It’s a time to put the boat in the water, fire up the grill and have fun with the family.

There are those, however, who know what it really means. Originally established as Decoration Day, a day to decorate the graves of Civil War dead, it has evolved into Memorial…

As you may expect the big news this month was the resounding defeat of the increase in the sales tax from 6% to 7%.    May I say thank you to all those who took the time to vote.  When we work together good things can happen.

At the May Lapeer Tea Party meeting people’s concerns about fracking in our state was heard and discussed.  As you may know fracking is a form of extracting oil and gas from the areas in the…

The polls open on May 5th to vote on Proposal 1.  This proposal will determine if the sales tax is raised from 6 cents to 7 cents in Michigan.  If you think this will never pass, don’t count on it.  One of the problems is when people think like that and don’t bother to go to the polls to vote. Those in favor of it passing are counting on it!   The fewer people going to the polls may just pass this bill.

My opinion on the Proposal 1 Road Funding is that it is not a road funding proposal and does not even meet the criteria as a well thought out proposal. It is up for vote because Lansing could not agree on funding and left it up to the voters. Further, it represents a failure of the Governor and Legislature to do the job they were elected to do. Only a slight majority of the $2 Billion it raises goes to road funding, parts of this proposal go to increased educational funding,…

On April 7, 2015 the Lapeer County Tea Party held its monthly meeting at 7:00 PM at Maple Grove Church on Maple Grove Road in Lapeer. It was an exciting meeting with two guest speakers, State Senator Phil Pavlov and State Rep. from the 82 District Todd Courser. Both men spoke before an audience of over 80 people. They each talked about what was going on in their area of…

The Blaze.com has an article ranking states according to the value of services received vs. the taxes paid.  Michigan ranked 46th, meaning there are only four states that are worse than Michigan.  If Proposal 1 passes, Michigan will probably have the disgraceful stigma of being the worst state in the nation for services rendered vs. taxes paid.

The television advertisements make it sound like Michigan Ballot Prop 1 is Michigan’s last chance to fix our roads. It uses dishonest language to deceive us into thinking the gas tax will be eliminated. It does not say it will be replaced with a higher wholesale tax that Concerned Taxpayers of Michigan estimate will raise gas prices by about 10 cents a gallon, raise state sales tax to 7%, raise vehicle…

LAPEER — Lapeer County Bank & Trust is warning both their customers and the general public about fraudulent “robocalls” being made to Lapeer-area residents saying their debit cards have been compromised and asking for debit card information.

Here’s what you missed! Meeting Recap from Director Tim Lintz (from 3-8-2015 County Press)

Last month our letter invited everyone, regardless of political doctrine, to come to our March 3rd meeting to see what our meetings are all about. Our meetings try to keep everyone informed about things happening in our government that may impact all of us.

We bring in experts on matters to give you the facts. You’ll hear the pros and cons of the matter and then you can make up your own mind on how to proceed on the issue. You can ask the experts questions to thoroughly understand the…

On Tuesday night, March 3, 2015, our guest speaker, Mr. Scott Hagerstrom spoke about the Tax Proposal 1 on the May 5,2015  ballot. As part of his presentation he mentioned that our Rulers, I mean government legislators, in Lansing have voted to build a new $70 million Senate Office Building.  Unfortunately, it will cost almost double that amount.  The government will borrow money to build the building and the interest cost on…

I am the Worst Terrorist the United States has ever faced. 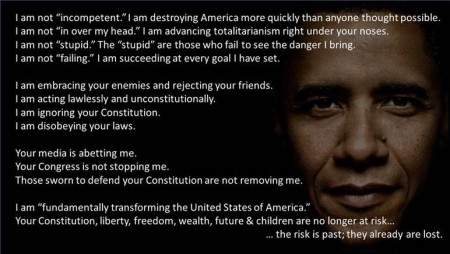 On May 5th voters will go to the polls to vote on increasing the state sales tax from 6% to 7%. This is being publicized as a way to increase money to fix the roads that are in desperate need of repair. This isn’t as cut and dry as it sounds. In December, the Governor signed road bills from the Legislature that are linked to a package of 11 bills.  These bills go…

Rand Pac: Stop Common Core Petition
The Founding Fathers never intended the Federal government to run our
educational system. Under the Constitution’s 10th Amendment education should
fall under the jurisdiction of the states and localities. But big government
politicians chipped away at…