Ted Cruz and Mike Lee vs. The Loyalists

Today’s Loyalists are:   John Boehner (and at least 1/3 of the Republican House of Representatives), Mitch McConnell (and at least 1/2 of Republican Senators), and so-called conservative commentators such as Krauthammer, Will, Hume, Morris et al.   Today’s British Parliament is represented by the Democrat Representatives and Senators (or more precisely the socialists).   Today’s King George is Barack Obama.  Today’s Colonial Subjects of the King of England are the American people.  Today’s revolutionist leaders are Ted Cruz and Mike Lee.

The duly passed laws of the land:  King George was a tyrant to the American Colonists for a long time (see the Stamp Act of 1765), and the Tea Tax Act of 1773 which sparked the American Revolution with a tea party in Boston Harbor.  Obama has been a tyrant for five years, ignoring laws passed by Congress and making up his own. But, it is the Affordable Healthcare Act (a disguised burdensome Tax Act) also known as ObamaCare that has sparked this current opposition to the tyrant.  The Tea Tax Act was duly passed by the British Parliament and signed into law by King George.  It was the law of the land in colonial America.  The Affordable Care Act was duly passed by Congressional Democrat/Socialists and signed into law by President Obama.  It is the law of the land in present day America.

Today’s Loyalists all speak with the same refrains against the revolutionists who oppose the tyrant president and seek to defund ObamaCare: “You can’t possibly win; the votes are not there!” – “What is your strategy for winning?”  “What is your endgame?” “You are crazy wacko birds!”   I can imagine that the colonial Loyalists verbally attacked the revolutionists for their crazy “Declaration of Independence” in the same manner: Mr. Washington, Mr. Jefferson, Mr. Madison, Mr. Franklin, you can’t possibly win independence; you will be fighting the most powerful army and navy in the world and you don’t even have an army or navy!  Are you crazy?  What is your strategy for winning the war Mr. Washington, and what is your end game?

General Washington had to assemble an army of volunteers from nothing and had to beg Congress and wealthy revolutionists for money to equip and feed his army.  After losing almost every engagement with the enemy British army during the first two years of the war, losing volunteers to desertion, and losing a General to defection (Benedict Arnold) Washington could have given up but he didn’t.  General Washington fought hard and eventually prevailed over all hardships and deprivations to defeat the mighty British army and win independence for the American colonies and people.  The war lasted seven long years. Washington and the other Founding Fathers lived the wisdom that, “If you know the why of something you can put-up with almost any how.”

Today’s Loyalists are cowardly, weak, soft jelly fish.  They avoid conflict and prefer appeasement to a fight.  They enjoy the perks of their office with plenty of staff to serve them as if they were royalty.  They are celebrities who appear on television while collecting million dollar salaries.  They enjoy the camaraderie of their fellow elites at cocktail dinner parties and social events reserved for the ruling class only. They do not want to offend and risk losing their positions, perks, and comfortable trapping of office.  Their degenerate lives make them resentful. They resent the strong natures of those who take bold actions and risks for freedom and liberty.  For this reason, today’s Loyalists must attempt to destroy the strong and independent who threaten their degenerate slavish conformist collective existence.  Everyone respects the one who courageously stands up to the school yard bully. No one respects the person who lurks in the background and criticizes the courageous ones who do stand up.  Today’s Loyalists, in other words, the slavish conformist appeaser elites.  They are unworthy of respect by free men and women.

I stand with Ted Cruz and Mike Lee. 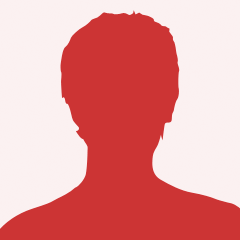 Wow, Mr. Bloch what have you been smoking?  You seriously see the Ted Cruz in the same light as the signers of the Declaration of Independence.  That is about the most absurd thing I've heard in recent times.  Here's why.  Each of the factions you've mentioned, Mr. Cruz, is guilty of ignoring the constitution when it fits their agenda.  As you've pointed out, Mr. Obama is putting forth a number of liberal ideas that compromise individual freedoms.  I don't agee that the affordable care act is one of those ideas, however, for arguments sake lets say that it is.

But, lets look at the republican agenda too.  Ever hear of the Patriot Act?  That one belongs to President Bush.  Go read that act.  What you're going to find is an abridgement of the 4th, 5th, and 6th Amendments.  In fact, those rights are so drastically abridged, that its led to the warrantless wiretaps the NSA has been using since President Bush was in office.  In that respect, Obama has only perpetuated what Mr. Bush initiated. You Tea Party folks conveniently forget that fact when you're talking about Mr. Obama.

I would surmise that in your argument, Mr. Bush is a loyalist, and as you pointed out Mr. Obama serves the crown.  But, lets talk about Mr. Cruz and who he serves.  Certainly not the voice of liberty or the constitution.  Were he truly interested in what the constitution stands for, he would embrace the idea that he should vote for what the majority of his constituents want, not just his own political agenda.  See the majority of his constituents did not want him to standup and hold the congress hostage, instead of reaching some kind of compromise that benefits our country.  See Mr. Cruz was more interested in what the minority wanted. You fall into the minority by the way.  What's more, by pandering to the minority, Mr. Cruz is just as guilty of pushing forth his own agenda, which is to stay in office, as the rest of those folks you mentioned.  Mr. Cruz is not standing up to the school yard bully; he is instead become the school yard bully himself.

Looking at the three factions you've mentioned in an objective light, which is what I thought the whole tea party movement was about, what you'll see is that not one of the three factions you've mentioned is looking out for the American People, or the constitution.  Each is willing to ignore the constitution when it gets in the way of thier plan.  Ted Cruz is no better than the rest of them.